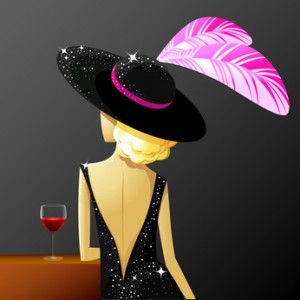 It was more of a gloat than a grin. In surly fashion it crawled out from behind his ears. It crept along the deep furrows in his puffy cheeks then dallied awhile between the folds of his jowls. Warming to its task it curled his upper lip and stiffened his chin before coming to rest behind the glowering glasses that framed our headmaster’s cruel eyes. It knew the plan.

The boys who were lined up in the headmaster’s study were snaring themselves in a trap they had set for themselves. Had they been half as clever as they imagined, they might have anticipated the outcome and left well alone. Smart as they were, these six-formers were no match for the malevolence brooding across the desk from them.

“Am I to understand you don’t like our school cap?”

Indeed they didn’t. Such headgear was demeaning for strapping lads old enough to go out and get a job. You could camouflage your blazer and flannels under a fashionable overcoat, you could carry your books in a fat black briefcase instead of the satchels you bore on your back in former years, you could get away with wedge toes on your shoes and a quiff in your hair but you could only cringe at the thought of having to don that stupid cap with its twee little badge. It was embarrassing and not a little dangerous to be seen in the streets of Harold Hill thus attired. It was not something up with which James Dean would have put (huh? Thou shalt at all costs hanging prepositions avoid…. Erm, let me try that again. Oh sod it, who cares about English grammar anyway?).

A few boys trampled their caps until they looked like heirlooms. Some moulded the peak into a W. Others used them to play tug-of-war with pet dogs and one person I knew flushed his down the toilet and bugger the consequences. The usual trick was to whip off your cap as soon as you hit Hailsham Road, for under no circumstance did you want to enter Hilldene Avenue with this symbol of pink-kneed boyhood perched on your bonce. Oh how the girls at the bus-stop would snigger!

“It’s not that, Sir. They don’t fit older boys properly. Let us show you, Sir.”

Outside the headmaster’s study a short-trousered cherub stood shivering in the corridor. As the door flew open to reveal a prefect, the blood drained from the first-year’s face and lines of terror knifed across his features, scattering freckles as they went.

The headmaster’s gloat lurked on, feigning patience as the six-formers implemented their strategy.

The heftiest of their number, who was as tall and broad as an upended lab bench, took the cherub by the hand and ventured forward to the headmaster’s desk. He straightened the cherub’s tie, stooped to pull up its socks, swotted imaginary specks of dust from its blazer, took its school cap from its chapped little hands and fitted it tightly over its short back and sides. Finally, he made it stand to attention and stood back to admire the result. What a winsome fellow! The perfect little English schoolboy; Enid Blyton would have been proud. Enough to make any filthy gym teacher drool.

Next, our lab bench of a sixth-form boy drew himself up to full height, unslouching his shoulders like a teddy boy on his first day in the army. He ran a comb of fingers through his blond locks to arrange them in the fashion of James Dean (him again!), squared his chin, made as if to set his lips into a Dean pout but, glimpsing steam rising from the headmaster, thought better of it. He took his own cap—battered and at least four years too small—from his pocket and perched it atop his not insignificant cranium, where it sat like a crab clinging to the side of a rock.

“It looks good on him,” said the lab bench, “but at our age a cap looks silly.”

The headmaster joined his fingertips as if in prayer. “Yes, I do see what you mean,” he said.

The ensuing silence was disturbed only by the chattering of our darling cherub’s teeth. On the six-formers’ side of the room astonishment gave way to a surge of hope. No more caps! On the headmaster’s side, however, oily cogs of revenge continued to mesh.

“All pupils of this school must wear appropriate headgear.”

“This is a grammar school; we have our reputation to think of.”

“So,” continued the headmaster, studying his fingernails, “what do you suggest?”

This was not looking good. Keeping mum would have been the wisest course of action but some idiot piped up.

“What about a proper adult hat?”

This one fancied himself as a trench-coated Humphrey Bogart; the sort who’d adore a fedora raked at a jaunty angle over his manly brow, ready to plumb the smouldering depths of Lauren Bacall’s eyes after answering her sultry “got a match?” call.

Another boy suggested a flat cap.

“We’ll be having none of that here. This is a grammar school….”

Well of course, it would be most unbecoming for us to appear working class, wouldn’t it? Even if we was, mate.

“Not a bowler, surely!” quipped the lab bench, pleased with himself.

Guffaws. A rare sound in a room more accustomed to cries of pain than hilarity.

True the bowler hat was still in evidence on the London Underground in the sixties. But not in Harold Hill. Rather slope home unseen through the country lanes to Brentwood than show up in one of those things at a 174 bus stop!

The headmaster shook an arm free from the black gown that went with his lofty station and picked up the twangy bamboo cane that was never far from his hand. Little veins on the cherub’s temples stood out and throbbed furiously.

It was time to spring the trap.

“What,” said the headmaster, bending the cane almost in two and then letting it straighten again, “about a Bavarian hat?”

We always suspected he was a Nazi. OK, maybe that’s taking it too far, but few of us had escaped the painful welts caused by his using our buttocks as target practice to indulge what some said was a caning fetish. One sharp lash was enough to make a taught white bottom resemble the flag of England.

The headmaster’s gloat assumed Nuremburg proportions before shrinking back to a self-satisfied rictus.

“It has a feather,” he said, placing the cane on the desk in front of him, “you will look very grown up.”

A feather? Disbelief flitted from boy to boy like bluebottles in a field of cowpats. Conjuring up images of Lauren Bacall befeathered and behatted was one thing, being forced to own headgear that you couldn’t even fold up and hide was another.

“You must be joking,” said the lab bench. Playing Robin Hood was not what he had had in mind.

The headmaster’s lips thinned and his eyes narrowed. His fingers twitched over the crook of his bamboo pain inflictor. He eyes darted from the lab bench to the cherub and back again, as if caught in the grips of an inner struggle. Should he first extract yelps from the short-trousered one or humiliate the insolent lout who thought he was too big to be beaten?

A scowl ushered the gloat back to its hiding place behind the ears and took up its usual place of abode on the strict man’s features.

“Never,” said the latter, “I repeat, NEVER address me in that manner again, do you hear me?”

Bogart’s ghost shrugged and spat. It was not impressed.

Thus it came to pass—to the enduring distaste of all those humbled there, with the possible exception of one cherub and to the certain glee of one bum-beater—that it was decided to replace our silly caps by soppy hats.