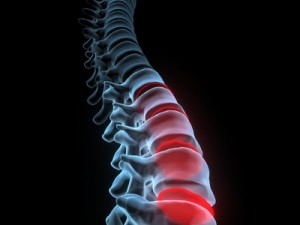 Grin and bear it señor and it will pass, that’s what I always say.  I suspect countless years slouched over a computer keyboard are the real cause but I prefer to think that this back pain is due to a bout of “dad-itis” rather than lumbago. Daditis takes me back to that period in my life when, as the proud father of young kids, I was forever carrying them around on my shoulders.

“Giddy up!” my daughter would cry triumphantly, after relentless demands of “carry me, carry me” had won the desired result and she had been whisked up aloft.

Giddy up…. giddy up, giddy up. Yes, that was it, giddy up… giddy up, that’s what she said, I remember it well.

It’s her giddy shrieks of laughter that ring in my ears this grey winter’s evening and I can feel her tiny fingers yanking at my hair in childish delight as she bounces up and down in the saddle on an aging man’s neck. She was a proper “pipelette” as we say in French – a chatterbox – and we had many a laugh together while she was perched up there with delight in her eyes, and still we do, yes we do; although she has forgotten, and only I remember, when I remember to remember.

Then a few years later, by which time I was running my own business, it was my son’s turn to do the back-wrenching. I think that when you’re a company boss it’s easy to get imbued with your own importance. In those days I had a plush, high-backed leather executive chair, a secretary, people lining up outside my office with endless problems to solve. I had bank managers visiting me and not the other way round! Whirlwind days of appointments, meetings, trips, lunch dates, conference calls, and a variety of other vehicles for vanity.

I never did manage to make myself comfortable in that plush swiveling chair because my bum kept slipping off it, with the rest of me in undignified pursuit. The semi-recumbent managing director at your service, the perfect negotiating stance! I put it all down to my chronic lack of preparation and training; I imagine that in business school they teach you how to sit properly in a director’s chair without sliding off it. The only really useful purpose I ever found for mine was as a merry-go-round for the kids when they were in the office.

I preferred to slouch in a standard fabric-covered pleb’s chair, at least your trousers had some friction to get to grips with. In any case I was an imposter on that nubuck throne. In rejecting me in slithery fashion it was trying to tell me I was beneath its dignity. Instead of a humble craftsman like me it would have preferred someone ruthless and regal.

I should have listened to that chair for it was offering sound advice. I must admit I came under its spell for a while. Fortunately my little boy was on hand to provide me with a daily check into the unreal realm which was our reality – and fuel the lumbago time bomb in the process.

“Daddy, you’re my horse” was a regular command during the magic hour in which I got to do some proper playing instead of all that business play-acting.

Don Diego de la Vega, alias Zorro, was off on another of his daring missions to save the poor of California. He was kitted out in black cape, black goggles, black sombrero and black bruise-inflicting sword which he would thrust and thwack at evil Captain Monasterio, alias Dad once again.

I’ll have you know that some of my finest hours were spent on all fours as Don Diego de la Vega’s trusty steed, Tornado, and having Zorro’s flaming Z engraved on my torso with the flourish of a little boy’s sword. Bad for the back though.

Then the focus would change to mountaineering. It involved exploiting a short break in the clouds to climbing the perilous north face of Dad, up onto his shoulders, from whence a short clamber up on top of the wardrobe. All done in dizzy-heighted, solemn silence. Because Mummy would not approve. Anyway, the air is rarefied at the top of Everest, so you can’t do a lot of talking at the best of times. You must nevertheless bark a few instructions through the walkie-talkies – or talkie-walkies as we call them in France – else you end up with a deafeningly suspicious silence, one that is bound to make the females of the house come running to see up to what no good you are again and to nag you with their you ought to know better’s.