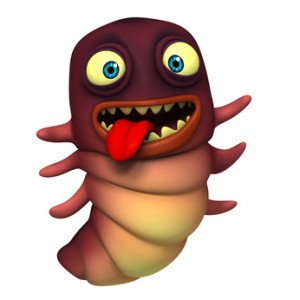 It was in Nice in the swinging sixties. The daughters of the house danced to the Beatles but their aging father preferred the jumping cheese maggots of the island of his birth.

The Corsican had spent much of his working life as a guard on Algerian railways, criss-crossing the fertile splendour of the Mediterranean coast from Algiers down to Oran during the golden if fraying age before independence. In retirement, the Corsican shared his time between a cool, yellow-shuttered apartment in the old town of Nice and an ageless stone house which stood on a crumbling road that snaked its way up into the mountains above Ajaccio, where the men were craggy-featured and could keep a secret for generations.

Corsican dad was recently returned from the Isle of Beauty by the night ferry, putt-puttering up from the boat in his trusty Citroen Deudeuche. The daughters doted on this little man, a curious combination of the taciturn and the jovial. Dressed in khaki from head to foot, which wasn’t far, wearing a pair of open sandals as leathery as his feet, he was of perfect build for the dusty pétanque pitches that flanked the Place Garibaldi before they paved it over.

“He never says much but we love him,” said one daughter simply, “he sings with his eyes”.

Dinner that day was a regional ritual, from the Socca Niçoise accompanying the aperitif drinks through the Mediterranean sea bass laced with fennel, to the washing and drying of the lettuce, followed by its soaking in vinegar and oil, the latter cold-pressed from the miniature black olives that grew in those parts. An orange and almond cake beckoned from the sideboard but first we had the cheese platter. Much pouring of wine, unwrapping of different kinds of cheese, with aromas ranging from farmyard manure to unwashed feet, breaking of bread (you must never take a knife to a baguette) and friendly exhortations to “tiens, goûte-moi ça!” (here, taste this!).

The Corsican barely spoke a word during the meal. Eating was serious business in the old days. He had knotted together two corners of what looked like an oversized tea-towel then slipped it over his head so that it dangled from his neck and flared over his ample belly. Occasionally he would take up a tail of cloth and wipe his mouth theatrically – you were half expecting him to blow his nose into it. Then, after a fresh bottle of Figari had been opened, a twinkle came into his eye.

“Fetch me the Casgiu Merzu,” he said to a daughter. The Corsican had not returned from Ajaccio empty-handed.

Casgiu Merzu was banned at the time for being unhygienic so the men who could keep secrets kept making it and sold it from hand to hand for twice the price. If gendarmes posted from the mainland happened by, the men who could keep secrets merely spat at their feet and stared them down. If questioned about the abominable smell that is typical of Casgiu Merzu they would point to goats nibbling at the juniper bushes along the side of the road. The wizened faces of these men betrayed no fear of the police. Kill a Corsican and the police would take thrice the number of casualties, not always in the nicest of ways.

The cheese that the Corsican had obtained came wrapped in several layers of greaseproof paper and then in foil. He opened the package as gingerly as if it had contained rounds of live ammunition destined for the FLNC. The wheel of cheese looked innocent enough but it smelt worse than a bucket of stale diarrhoea that has been left out in the sun for days. A dozen roses standing in a vase in the middle of the table wilted and the cheese knife held its nose and hid behind the salad bowl.

The Corsican collared two dessert spoons before they could escape and used them to beat the cheese. “Calling the maggots,” he confided as the twinkle in his eyes spread to the laugh lines around them.

Ping! Surely there is nothing quite as repulsive as a fly maggot jumping from a round of cheese and crash landing on tin foil, there to wriggle and die. Ping! There goes another one. Ping! Ping!

Splat! Blimey that one landed on the floor. Mind you don’t tread on it.