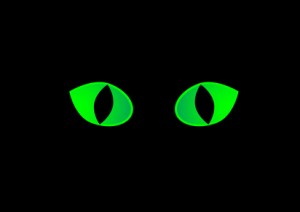 Since it was on in our village theatre we succumbed to temptation and forked out 25 euros to go and see Celtic Legends.

Now I’m not especially fussy; I enjoy most types of music. I can even put up with that row my daughter raves about as long as it’s in small doses. There is, however, a short list of things I really cannot stand.

One is listening to aloha slide guitar music from Hawaii, which is akin to drowning in a bath of treacle with marshmallow stuffed in your ears. The other is Irish jigs and reels. You know the kind of stuff I mean, where a cross-eyed fiddle player tries to saw a violin in half while an accordionist plays the same three notes over and over for all he’s worth without kicking over the pint of Guinness at his feet.

In all, the violinist knows three tunes: the slow one, the fast one and the demented one. A tousle-haired village idiot puffs ruddy-cheeked into a penny whistle and manages to extract from it a selection of piercing screeches for which he expects to be copiously clapped, while for your part you just pray he will swallow the darn thing.

Then come the dancers. They stand rigid with their hands firmly at their side and then they sort of bounce up and down, clattering their shoes on the stage as they go.

The village wrinklies were out in force this evening. I think they must have allowed the inmates out of our local old folks home and chained them to their seats while the nurses went off for a quick fag. We were sat a couple of rows behind a handful of important-looking sound and lighting engineers who were pretending they understood how to use the rows of sliders and flashing lights laid out before them. Push this slider right up to the top; move this one down a bit. Neither manipulation makes a blind bit of difference to what we can see and hear on the stage. In fact, I even wonder if their gadgetry is actually hooked up to anything.

Sitting between us and these maestros is a line of old biddies. Looking along the row of heads, you have a choice between white, silver or bald. Or tufted, with handfuls of hair missing.

Celtic Legends is one of those irritating shows where they want you to clap hands and stamp your feet like ninnies. Getting into the spirit of things, one old dear clenched her false teeth and tried to clap. Unfortunately her aim was not too good and she missed. One loose hand continued on its trajectory, eventually colliding with a bald old bat sitting next to her. It took a while for the truth to sink in, but I can tell you she was not best pleased about it.

Intent on giving her neighbour a piece of her mind, the old bat fired up a mouthful of invective and prepared to spit venom. However, all she managed to expel was her teeth, which looped up in an arc and landed with a clatter right in the middle of the sound engineer’s console.

Now it’s not every night a sound engineer gets teeth chucked at him so I suppose the event rather took him by surprise. Any road, he shot three feet up in the air with a yelp and landed again heavily with a ‘fuckin’ ‘ell!’

Old people should not be allowed to stamp their feet. You wouldn’t believe the abominations that these dinosaurs can brew up in their intestines. “You can stamp your feet now, and whoop if you like,” said the bagpipe player. As you probably know, you don’t actually blow into Irish bagpipes, you have to squeeze bellows with your elbow in order to obtain that infected cat sound.

It’s much the same mechanism with old folks; when they lift a leg in order to stomp it acts as a bellows, and the noise produced is not dissimilar. However, as long as you can abide the sound they make, Irish bagpipes are fairly easy on the nose. Not so our row of old biddies! Look at them now, sitting there all innocent as if one or all of them is not responsible for that foul stench wafting witheringly up through rows C to H, felling grown men in its path and turning red seat upholstery green.

A cat prowling outside the theatre stops still and sniffs the cool night air. It’s a clear, starry night. All is well. The animal slinks forward, stops again, close by a vent from the theatre. On some nights a fat rat can be seen scurrying here, as our cat well knows. What’s this? Something is escaping from the vent. Look out cat! Don’t breath that air! Too late, I’m afraid. Pole-axed, it topples stiffly sideways, hair on end, eyes glassy.