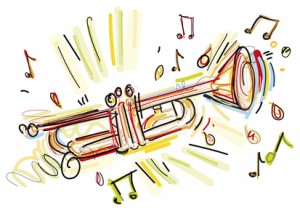 “What a bloody racket!” That was Dad’s verdict.

And all the people crammed inside our kitchen guffawed their agreement. All, that is, except Uncle. And me. He looked up from the new marvel sitting heavily on the kitchen table and caught my eye. Written on his normally ebullient features was a great sadness. It put me in mind of a burst balloon. Barely perceptibly, he raised a bushy eyebrow perhaps a millimetre, as if to say “you don’t agree, do you?”

Well no, actually I didn’t.

Twenty minutes before, the beige reel-to-reel tape recorder had made its entrance as a new wonder into our little world. A post-Bakelite tribute to the genius of Japanese miniaturization, the recorder was too fresh to have been relegated to the ordinariness of our front room. Today it occupied pride of place on the kitchen table as if it were a Christmas turkey. Such machines had long been in use in the BBC and, no doubt, in military establishments, but the novelty of recording one’s own voice was the source of much merriment in our household. Mum even removed her apron and put on her specs to have a look at it, so you knew it had to be special.

Once negotiated the inevitable “gawd, I don’t sound like that, do I?” remarks and other silliness, Uncle rummages in his old leather saddle-bag. With the eagerness that characterized him, he pulls out a reel and says “you must listen to this!” The light of passion flares in his formerly shell-shocked eyes.

Uncle threads the tape deftly through the heads with the off-hand skill of the radio operator, inserts the loose end into a slot in the hub of the empty plastic second reel, whirls it once to take up the slack then, as eager eyes look on, throws the switch.

Good-natured jeers echo round the room and exit via the fanlight, quickly followed by the cat, which has seen enough.

The tape-recorder is the size of a suitcase. It weighs its equivalent in house bricks and then some.

Yes, it is plugged in. No, somebody doesn’t need to run and put a shilling in the meter. You just have to be patient. Bugger, the tape’s in upside down.

Now we’re all set, it’d better be worth the wait. “Buddy bar, Buddha bar, budda ba ba….” – the opening bars ring out in a strident wail of tinny trumpets.

“Sounds like the Salvation Army Band after a night out on the booze!” says someone. Crammed into our kitchen.

It’s true, we’ve never heard anything like this before. Beethoven’s 5th is about the limit of our classical music knowledge. The story goes that in her younger days Auntie Edith could knock out a Moonlight Sonata on the old Joanna at home, fit enough to bring tears to your eyes. But that was long ago, pre-arthritis, before she met Left Hand Lenny. Who, in our kitchen, harrumphed.

“Might sound better if they swallowed them bleeding trumpets. Got any Larry Adler ‘ave yer? At least he can pick out a tune.”

We are into a soaring Moderato, lyrical. “This bit ain’t so bad”.

Listen, you old git, there are demons lurking beneath the surface in this music. Here they come, announced by the trombones and piccolos. The demented atmosphere thickens, the demons dance.

“Did you remember to put the milk bottles out?”

What? On? Earth? Has that got to do with this amazing work we’re listening to?

What a useless family.

Here come those trumpets again. “Buddy bar, Buddha bar, budda ba ba….” only louder. A paroxysm of sound such as has never been heard amidst these tin pots and aluminium pans and unappreciative people. Wow!

“Lovely when it stops,” says Mum.

Uncle catches my eye, his burst balloon look betrays a hollow loneliness. Thank you Uncle, I see what you mean. I shan’t forget.

“Dunno about anyone else but I’m parched after that,” says Lenny, “any chance of gettin’ a cuppa in this house?”