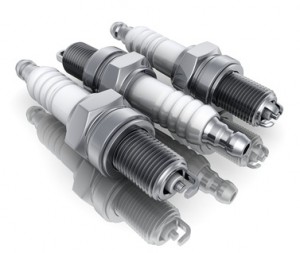 When I was a lad we had an old ‘sit up and beg’ Ford called “Tinribs”. She was shiny black with some tan-brown patches, which put you in mind of a Doberman dog. Metal strips, from which her name derived, adorned the sides of her bonnet. Horse hair poked here and there through her tired leather seats and prickled the pink legs of a short-trousered boy. She possessed a pair of yellow semaphore arrows to signal left or right, but faulty electrics meant they usually flapped up and down in unison, as if Tinribs were trying to fly.

Tinribs had a rickety-rackety-clackety engine with a 3-speed gearbox. Bottom gear was “blimey, this is hard work,” 2nd was “see, I told you I could do it,” and top gear was “ooh ‘err, slow down a bit you’re making me giddy.” She also had a reverse gear which was even lower than first, which came in handy for backing up steep hills when head-first wouldn’t work. At least you were facing the right way if she still didn’t make it to the top and you had a sporting chance of steering your way out of trouble as she careered back down to the foot of the hill with her skirting-boards billowing in the wind.

Tinribs boasted a speedometer that read 30mph regardless of the speed at which she was actually travelling, a screw-on chrome radiator cap that made rude noises and spurted steam whenever she became hot and bothered, a wiper motor that worked perfectly until it rained and – like all Fords – she was a cow to get started in the mornings.

Dad had to be at work at 6 in the morning and needed to allow himself a good half hour to get Tinribs going. He’d be up at 4 sometimes just to be on the safe side. That would be the very day Tinribs decided to start first pull, so he’d get to work too early and have to sit cussing in the caff over the road, scoffing the beef dripping on toast that took 10 years off his life, and sipping tea from a chipped white china mug, stirred with a lead spoon which had teeth marks in it, and that you could bend in your fingers and tut-tut that the country was going to the dogs.

That was the thing with Tinribs. You either got her going first pull or she would sit there in icy reproach in the freezing dawn air, imperceptibly swaying in the sneaky East Coast wind, with a tell-tale whiff of RedeX on her breath. If you’ve never experienced a drab, damp Essex morning, chilled to the marrow by the icy air which creeps insidiously in over the North Sea after an uninterrupted three thousand-mile run from the Siberian steppe, then you will never understand the contempt in which Henry Ford was held in those parts. Fingers blue with cold, Dad had to examine each spark lead and dry them one by one, dismantle the distributor, disconnect the petrol pump and let it breathe and check the myriad other things that might prevent Tinribs from spluttering into life.

In addition to the apprehension of getting to work late was the gnawing fear that the frenzied kerchonk kerchonk kerchonk kerchonk-chonk-chonk-chonk, phut, bang, nothing, would wake up Grandad, and there would ensue a desperate race to be gone before the old chap arrived, pipe between teeth and coatless, on the chilly scene, with a wire brush in one hand and the irritatingly inevitable “I reckon you oughta pull them spark plugs out and let me clean ‘em up for yer,” on his lips.

Grandad was a straight-backed, straight-laced Victorian man who had worked all his life at Becton gasworks, fathered eight kids, and who sported a bushy moustache of the type much in vogue in the early part of last century. He was the undisputed rummy champion of our front room, in which he lived with his bedridden wife, and which commanded a strategic view over the very spot where Tinribs spent the night. Grandma raised her eight kids in stern fashion but each day before he went to work Grandad cleaned and shined all sixteen boots of his offspring with spit and polish and a smile, and it was said that never a complaint crossed his lips in all the 90-odd years he lived.

He had a strong thatch of white hair which matched the American Wire Guage 10 stubble sprouting from his chin. From time to time Grandad would strip off to his singlet and long johns and stride scrawnily over to our kitchen sink, oblivious to all around him. There he would fill a little earthenware shaving pot with scalding hot water from the geyser and unfold his finest Sheffield steel cut-throat razor with its mother-of-pearl handle. Grandad’s hands trembled terribly and onlookers watched aghast as the shaking blade approached his tortoise neck. Even the cat stopped its ablutions on the window sill and watched motionless with one paw in the air.

Once the razor had touched down safely on his cheek, Grandad’s audience heaved a collective sigh of relief. “There’y’are then, smoother’n a new-born baby’s bum,” he would mutter to himself when satisfied with his shave. In response to schoolboy sniggers and cheeky remarks he would feign deafness, although occasionally he would retort “harrumph, sharp as vinegar, ’tis a wonder they don’t get ulcers in their mouth.” Then he would return his pipe to the slot between his teeth where it belonged; next he’d tear off a sliver of paper from yesterday’s Daily Mirror and fold it to make a spill which he would then jab hopefully at the pilot light in the geyser until the flame ignited it. Once he’d got his pipe going he’d run water over the spill to put it out and shake the drops over the cat. Then he would puffer train his way out of the room, leaving behind a trail of acrid smoke that smelt fouler than either end of a camel that had feasted on curried cactus. So appalling was the stench that our Airwick air-freshener huffily withdrew its wick and screwed its lid back shut. And there it sat and sulked in pained disgust.

Oh, and did I mention that Grandad was the finest spark plug cleaner in the land?

[ EDIT:  Tinribs!!!  Here she is in all her glory. She’s got herself tarted up a bit and has persuaded some bloke to straighten out her dents for her.  I must admit she looks rather fetching, as if butter wouldn’t melt in her mouth. But she doesn’t fool me, I know what she’s like the day after, I bet she’s still a bitch to get out of bed in the mornings. ]

2 thoughts on “The Finest Sparkplug Cleaner in the Land”