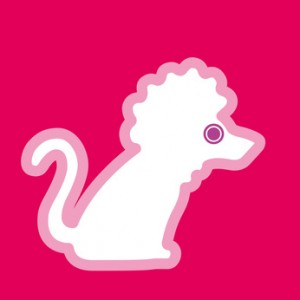 The pristine interior walls of this pretty pub have been painted a dainty shade of prune, the windows are dressed with dainty lace curtains, bar stools are set at just the right height for dainty bums to perch upon with decorum. Placed tenderly in the middle of each table are little earthenware pots in which grow poinsettias, sitting atop freshly laundered doilies Made in England.

The landlord likes to hold court and discuss his latest wheeze for making a bob or two. He’s one of the lads really but his good lady wife doesn’t approve. She is blessed with vision you see; the pub is decorated according to her taste. She likes everything to be just so, so decent people may sow the seeds of friendship.

The landlords keep a dog in case of trouble. From time to time the mongrel wakes up and yaps. The problem is that he’s not big enough to see over the top of the bar so he has to jump up and down in an attempt to scare people. Seen from the patrons’ side of the bar the scene is comical, as the little dog’s head appears over the bar, gnashes its teeth before disappearing out of sight again.

In a corner of the room sits an ethereal American lady with honey bees dancing round her head.  Here and there, huddles of hopefuls hold hands and coo-coo nice things in each other’s ear. Elsewhere, people with notepads and pocket organizers are crowding round a shove-halfpenny board, listening glazy-eyed to a man in a pinstripe suit and a flower-pot on his head saying ‘See this half-penny? This is the very coin that made me a millionaire’. Others sit alone and lonely listening to John Denver songs playing softly in the background. The landlady smiles.

On busy nights one of the big attractions in the Pink Lion is an inflatable doll dressed as a cook and mounted on a big coil spring. In one hand it holds a rolling pin and in the other a huge handbag containing everything a lady could possibly need plus two kilos of organic potatoes and a spanner.

Once wound up, the contraption starts flailing around with its handbag and lashing out with the rolling pin. It goes bouncing boing-boing-boing all over the room, knocking over tables and frightening the bees until it runs out of steam. The landlady claps her hands and laughs.

It has not always been like this. Back in the days before her landladyship read about the expelliaramus spell in a Harry Potter book, the Pink Lion was more boisterous. A rowdy crowd would sit laughing and joking at the bar, arguing loudly and making rude noises. The landlady’s smile became a little pinched.

The shove ha’penny man complained that an unpleasant smell emanating from one of the ringleaders of the rowdies, a certain Pong, was damaging his business because it seemed to interact with the chloroform aerosol he had been using to create just the right atmosphere at his millionaire’s table. The noise from the pongsters was upsetting the bee lady’s cosmic vibrations and distracting the landlady’s husband as he was counting the money he’d raked in from his latest blackmoony scheme.

Then one day she started having hallucinations. People were drawing graffiti penises on her prune-coloured walls, mould started growing on the poinsettias, an odd-looking German man stood on his head schmutzelgrinning and recited strange sentences back to front. One of the pongmen took a dried camel dick out of his pocket and started gnawing at it, another asked her repeatedly if ten times ten equals a hundred thousand and a mad Irishman drove his Toyota Prius right over her bed of cotton buds and asked for his money back.

Worse still, a pink lobster with a silly grin on its face tried to sell her an insurance policy and a length of pink rope appeared from nowhere above her head with a leering Scotsman filming the action on one end and a half Iraqi with hairy legs and a terrible taste in music dangling at the other.

Then somebody shouted “poo” and she went spare. “Fuck this for a fucking game of fucking soldiers” she screamed to herself, looking around wild-eyed and consumed with guilt lest that old bag the bee lady had plucked her thoughts from the ether. “Get those beastly people out of my sight, NOW!” she raged, spraying spittle over the dog, who licked it up ingratiatingly and wagged its tail, “I never want to see them again, ever”.

“And just you come back here”, she bellowed after her husband as he tried to slip out of the door, “I’ve been meaning to talk to you about these ice cubes. Whatever did you put in them? I was sucking one and it went all gooey in my mouth and the taste was simply awful.”