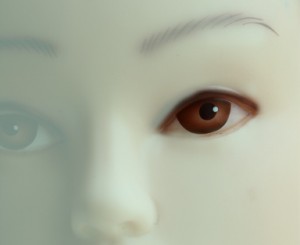 Making a brash exit from St Denis – the provincial capital of the French overseas département of La Réunion – the RN1 widens westwards into an anxious dual carriageway road, complete with worrying road signs and dazzling danger lights. Thus alerted, it penetrates into a skinny coastal strip of strewn boulders that runs in the shadow of an imposing stand of sea-cliffs.

Cliff-witches brood in the high-flung crannies of these overhangs and spread decay. They egg on the evil giants that dominate the north-western elbow of this volcanic island that sits in defiance of the irrascible Indian Ocean, some 450 miles adrift of Madagascar.

Lives too numerous have been lost along this uninhabited stretch of road, for here the cliff face is as friable as it is miserable. Tropical rains and a humid sun loosen stones and boulders and hand them to the giants, who heave them heavily hundreds of feet down, hoping to crush any passing thing below. Car or creature, it’s all the same to them.

A massive engineering project nearing completion aims to enclose those angry cliffs in strong netting in order to prevent the murderous missiles homing in on their victims. The locals, however, remain unconvinced.

Many Réunionnais, be they Créole, Malbar, Zarabe, Chinois, Zoreille or Cafre, believe that the phenomenon can not be put down to natural causes. The problem, they say, stems from the fact that when this road was built in the 1960s, the island’s first cemetery had to be bulldozed over in order to make way for it.

To the way of thinking of the Créoles, in particular, unhallowing the dead in this fashion was a move the wisdom of which was hard to fathom. It was bad enough before the new road was built, when the old ‘corniche’ trail snaked through an unworldly, neither-here-nor-there place in which, according to the elders, lost souls erred in search of salvation but ended up hob-nobbing it with witches and giants.

One windswept night, as racing clouds veiled and unveiled Alpha du Centaure and Agéna, rendering those guiding stars but uncertain pointers to the Southern Cross, a kindly motorist stopped to offer a lift to a young woman he found wandering there.

Seeing her pale and shivering in the cold, he doffed his jacket and held it out to her. She slipped it soundlessly about her shoulders and, with a barely perceptible nod of her head, smiled in gratitude.

The kindly motorist dropped the young woman off at a flower-clad bungalow along a quiet street in La Rivières des Pluies, above St. Denis, the address of which she had shown him on a yellowing slip of paper upon which lingered the scent of bougainvillaea. She smiled at him again fleetingly and then wanly she was gone.

Next day, the kindly motorist realised with trepidation that he had forgotten to take back his jacket; so he returned quickly to the quiet street above St. Denis. However, where the young woman’s home had been he found nothing but a creeper-clad bungalow, all boarded up.

A zarabe lady with a golden tooth informed him that not a soul had set foot in that bungalow for 10 years, not since its occupant, a young zoreille who had refused to return with the rest of her family to far off metropolitan France, had met with a gruesome death on the Corniche Road, crushed by falling rocks.

Another lady neighbour, an aging Créole, whispered the hapless zoreille’s name in his ear and said it was ten years to the very day that she had died. She described the very stretch of road where the kindly motorist had picked up a wan figure the previous night.

As  the brooding rain clouds snagged on the mighty Piton des Neiges thickened away in the distance, the motorist found his way to the nearly cemetery for Catholics and, following the whispering neighbour’s directions, picked out the wan zoreille’s final resting place.

As he approached her tomb he perceived something lying on the marble stone. Crisp and neatly folded, there lay a jacket. His very own.

And in the air there hung the scent of Bougainvillaea.