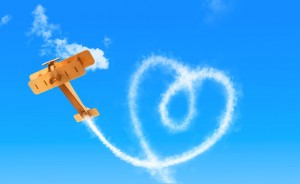 Tis that time of year again. Today another bloom on the Valentine’s bush will drop to the ground and join the dust of yesteryear.

How many false I love you’s are circulating today? How much ephemeral desire evacuated?

Love is selfish, as are lovers of the romantic kind. And so it is that there has only ever been one Valentine’s bush, and to you alone it belongs.

Like me that bush is long past its best – an endangered species with roots that gnarl and leaves that yellow and hang pale. Well it is then that no eyes but ours look upon this solitary bloom, flowering as if by dint of habit. Yet still the sap has risen to put it there.

In this age of the sneer and the plastic smile, the speed date and sex on a plate, how many more blooms can the Valentine’s bush bear?

And anyway, who wants to reach the age of wilting limbs, when “aww look, aren’t they sweet?” and “at their age, it’s out of place” are overheard when wizened hands with fingers interlaced are seen strolling together in the street.

Nothing lasts I fear, not even romance. Or does it?

When at last the final February comes, we shall have learnt to fly. Not well, of course, but well enough. In that little aeroplane the three of us will mount, just you and me, and the Valentine’s bush.

Oohs and aahs will greet our aerobatics as we swoop and sweep past the children, and their children, assembled below.

One pass, and then another. High we fly and then low. The wind from our propeller tugs at their hair with a whoosh, making it whip and fly behind them, just like yours did when you were shapely seated in that Sunbeam roadster of ours, bowling along the primrose lanes of our youth.

And now it is time for the final pass; course set firm for yonder hills. “Where are they going?” betray anxious glances exchanged between those below. It’s hard for them, of course, but this way’s best. Shading their eyes against the setting sun, they see our little steed flip its wings in farewell salute. Arms appear aloft, fists clenched and then a wave.

The little plane loops and swirls above the indistinct shadow of the line of grey hills, writing smoke silhouettes in the pink sky, as if in joy. Then, accompanying the sun, it gently slips behind the horizon, never to be seen again.

Which, when you come to think about it, is an awful lot of trouble to go to in order to keep a Valentine’s bush in eternal bloom and more than enough melodrama for one day.